What ZICO’s Founder Looks for When Investing in Consumer Companies

ZICO was Mark Rampolla’s first foray into consumer packaged goods (CPGs). But despite the coconut water company’s wild success, Mark says there are still things he would have done differently if he were to start a beverage company—especially when it comes to fundraising.

As he said in a recent CircleUp webinar,

“I know I could have done it with a little bit less, but I also think I would have raised more money early, if I could have.”

Now an investor and advisor in CPGs himself, Mark knows a lot about how to approach consumer goods fundraising. Our first post on Mark’s webinar covered the fundamentals of building a brand that matters. In this post, we’re looking at seven main takeaways from the webinar about how beverage companies need to approach fundraising if they want to land an investor like Mark.

You won’t succeed at fundraising for your company without doing your homework.

Mark is consistently surprised by the number of founders who raise after only having a really basic knowledge of how the beverage landscape works. It’s not laziness—it’s that they don’t know *what they need to know.*

When Mark was working on ZICO, he ran into some of the same issues. Now as an investor, he knows exactly what kind of research and deep knowledge founders need to have before raising funds.

Founders set themselves up for failure when they don’t understand the landscape they’re entering. If a beverage founder can’t rattle off some information about similar companies and what has (and hasn’t) been successful in recent years, Mark knows they’re not worth taking a bet on.

2. Know How Much You’ll Need

In 2004, Mark had raised just about $1 million to get ZICO off the ground.

He was excited because he was sure it would cover the company costs for the foreseeable future. As Mark puts it, “I thought that might last us for quite a while, and that would be enough to build the brand and get it up and running. Boy, was I wrong.”

Within six months, they were just about out of money, and back to worrying about paying the next AmEx bill.

You need to really understand what your needs are for the next twelve, eighteen, and twenty-four months. Thinking deeply and thinking long-term is crucial when planning to raise.

“I love entrepreneurs that are curious, that really dive deep into their industry, their products, their channels, their supply chain. They just want to learn everything there is to know about that. That gets me excited about them as well.”

After founders have figured out exactly what they need to get their brand off the ground, it’s time to start finding investors. Now founders have to do a different kind of research—they have to figure out what kind of funding channels are available to them.

What kind of funders are out there, and what’s the best route for you at this point in your journey? Here are some of the initial options you need to look into: 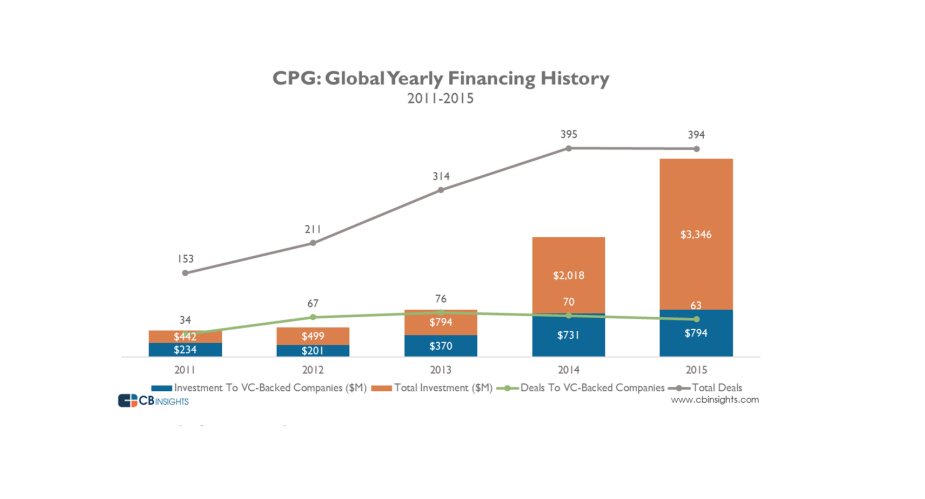 4. Give Investors The Bad News Early

Mark likes to know a company (and the team behind it) for about ten months before deciding whether to invest. That’s enough time to see a team go through some ups and some downs. What he values most as an investor is whether the team was transparent with him about those bumps.

The more transparency Mark sees in that ten-month period, the more likely he is to actually close the deal.

Since Mark takes a long time to get to know the team, they want to know that you’re going to be entirely transparent with them, right off the bat.

5. Raise When You Don’t Need It

And desperate measures, Mark states, are almost never favorable for founders. As Mark says, “If an entrepreneur is saying something like, ‘Oh God, I need $200K by the end of the month or we’re going to be bankrupt,’ their likelihood to raise drops.”

For CPGs, Mark says, the best time to raise money is when you’ve just completed a round.

Entrepreneurs typically love to think finishing up a round means it’s time to take a breather. But in Mark’s experience, unless you’re a truly exceptional fundraiser and can raise over $100 million pre-launch, you’re always going to be raising money.

This is why Mark ended up with seven total rounds for ZICO—$200K there, $500K there, a million there, another $300K. The ZICO team never wanted to put themselves in a desperate situation, and Mark expects the same from the companies he works with now.

When it comes to actually making the pitch, founders need to be careful that they handle the situation tactfully. If you’re in the room with someone who is interested in your company, the last thing you want to do is blow it on mistakes like being over-confident.

When someone says “We’re killing it, our sales are through the roof and we’re getting a great response from consumers,” Mark’s follow up will be to get nitty gritty and ask how much you’re doing per month. If the person responds, “$15,000,” there are two options:

1. They’re pretending to be more excited than they actually are 2. They’re unfamiliar with the landscape and don’t understand what’s worth getting excited about.

As Mark said in our webinar,

I love to hear entrepreneurs that say, “Look, we’ve got a lot to figure out. We’ve got a lot of problems. We’re just getting warmed up. We’re still learning, but we’re doing about $30,000 a month in limited channels. I know it’s not a lot. I know we’ve got a lot to learn, but we think we’re just laying the foundation.”

As for Mark, it’s great when an entrepreneur is thinking big. But the people really worth investing in are the ones who don’t settle. And that means they don’t get overly-excited about early goals. The kind of entrepreneurs he wants to invest with are the ones who will only get excited when they’re at $300,000 or even $3 million a month. That’s the kind of person you can’t say “no” to.

7. Above All, Be Genuine

What Mark is really looking for in founders—no matter what their category—is a can-do attitude.

The entrepreneurs that make it through are the ones that never let anything stand in their way, including lack of money. Even if they don’t raise as much as they expect to, they make it through to the other side by not letting anything get them down.

As Mark puts it,

The most important thing, Mark says, is to be thankful throughout the journey. When entrepreneurs appreciate where they are and what they’ve been able to accomplish—no matter how many setbacks they’ve faced—they’ll get the funding they need, or work with what they have, to make it to the other side.