From Kickstarter to CircleUp, How Nomad is Building the Ultimate Customer Powered Brand

In November of last year Nomad closed its Series A financing. But this wasn’t just any Silicon Valley fundraise. Nomad was unique. It leveraged a new securities exemption that allowed it to broadly advertise its fundraise—enabling the company to raise capital from its fanatical customer base. Customers, investors, whom have now joined in the company’s journey to build a globally recognized brand that becomes synonymous with elegant, practical products for people on the move.

Nomad knew fundraising required hustle. You get out what you put in. And hustle they did. The company reached out to friends, customers and supporters across the globe — across myriad channels, including its website, email, twitter, facebook, and even national television. It paid off: Nomad ultimately raised $1.2M, significantly exceeding its initial fundraising target.

I sat down with Nomad’s CEO, Noah Dentzel, to learn more about the company’s origin, and their unique approach to marketing their fundraise. Why did they launch on Kickstarter? How did they scale from concept, to product, to first sale? And how exactly did they convert customers into investors?

Jonathan: Noah, thanks for joining me. Take me back to the origin of Nomad, if you will. What inspired you to start this company?

Noah: Nomad, in a very classic way, evolved from a problem that I was having, and a bunch of people around me were having. It’s a very simple problem: my phone kept running out of juice. I started to realize is all I need is a little cable, like a jumper cable from my phone, something that I could carry with me at all times and charge my phone from anywhere.

I looked online to buy one and I thought sure enough, it exists, but it didn’t—and that’s where I got the original idea for our first product, the Charge Card. We later launched the Charge Key, and, ultimately, the brand Nomad, which we’re building today. And constantly innovating new products.

I’ve always had the entrepreneurial bug, and when I saw a problem without a clear solution I thought, “Hey, maybe I can do this.”

Jonathan: Can you tell us more about your flagship product, the Charge Card?

Noah: Charge Card was our initial product that we went to Kickstarter with. It’s a USB cable, the size and shape of a credit card. The idea is very simple: it fits in your wallet. You already carry your wallet with you, so if we put a USB cable in your wallet, you’ll have the cable with you when you need it and out of your way when you don’t.

What’s great about USB ports is that there’s only one style internationally. Unlike conventional or AC plugs, they change everywhere. If you have a cable, you can use that cable from any USB port port anywhere in the world. 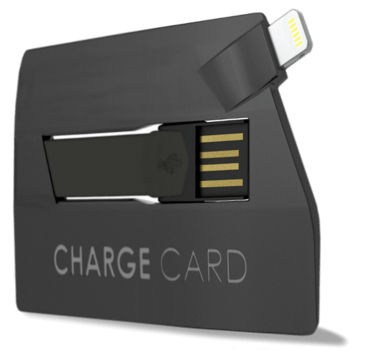 Jonathan: I’ve definitely found myself powerless in a coffee shop. Many a times! I recently read that Starbucks is prototyping a new store design that includes USB ports in every arm rest. I think that’s awesome.

Noah: I saw that article earlier this week; they just launched all the Starbucks in San Francisco. I think that’s great, showing that the phone is the most important tool of the 21st century. Like you said, they’re becoming more expensive in the battery drain sense. The reason is because they’re becoming more important. When your phone dies, it’s not just that you can’t text your buddy, or this, or that. We’re talking about your business life, your personal life… your professional career. Increasingly, whatever it is that you’re doing, your phone is the tool that’s allowing it.

Jonathan: You launched your first product on Kickstarter, raising $161,000. How was your experience?

Noah: Right. On Kickstarter, we set out to raise $50,000. That was a number that we said, “Okay, this is the minimum amount of money that we need to somehow bootstrap this thing together.” That was based on quotes and factory fabrication and all this stuff.

We pushed really hard and we ultimately raised a $160,000. As you raise more money on Kickstarter, and you increase the scope of your project by having more backers you need to fulfill to, having different versions of your product and so forth, the cost of the product also increases. As we increased the scope of the product, we also needed more money.

It all worked out. We raised $160,000 from 5,500 backers across the world. To this day over 50% of our customers are international. Because our product really speaks to people, particularly in metropolitan areas.

In 2013, we launched our brand Nomad. We had done everything to date direct-to-consumer, B2C. In early 2014, we started realizing, “We’ve got B to C coverage. We’re nailing it. But if we’re going to take Nomad to the next level, we need get into offline retail.”

Offline retail is a completely different beast that has a different cost structure. Instead of people paying you upfront, they pay you way later. And the bigger and better the deal, the worst the payment terms tend to be.

We knew that if we were going to make this happen, it would happen faster if we raised initial capital. We had to fulfill inventory and we realized that if we really wanted to level things up, we would need outside capital to scale. That’s where CircleUp came into play.

Jonathan: So you started on Kickstarter which allowed you to validate consumer demand for your product. Then you said, “Okay, now, we need investment capital to scale it. To take us from direct to consumer, to wholesale, to retail.” Why CircleUp?

Noah: We looked at a couple of the options. We looked at the more traditional routes of fundraising. Given that we had crowdfunding in our DNA, we were certainly interested in these new platforms, such as CircleUp for equity.

We found no more fitting platform than CircleUp, specifically versus the traditional “venture capital” route where people are looking to invest in the next Tinder or the next SnapChat or Facebook.

We’re doing something different. We have products that we built, and they speak to people, and we’re a real business that ships and delivers. We’ve shipped over 150,000 units.

Our brand is something that spoke to the community on CircleUp. And for me, as a CEO, I’m trying to run this business and do all these things and do all this growth; but at the same time, now I need to raise some money, and I just thought CircleUp was really efficient and effective— and direct to the right type of people we’re looking for.

Jonathan: How much did you raise on CircleUp?

Noah: We ultimately raised $1.26 million on CircleUp. Our goal was originally $1 million.

Jonathan: Transitioning to how you completed your fundraise. You excercised a new securities exemption, Rule 506(c) of Regulation D, which allowed you to advertise that you were raising capital. You were able to reach out to your most passionate supporters and customers and say “We’re raising capital to fund our growth. Join us in our journey.” What were the main channels that you used to market your fundraise and reach potential investors?

Noah: Good question. We’re a small company trying to do really big things. It really made sense for us to go this route because we got to say, “Hey, we already know how to do email marketing. We have a big customer base. We have a big fan base. We have a big community. We’ve got eyeballs on our website. How can we use everything we’re currently doing and leverage that to help us with our fundraise?”

That’s exactly what we did. We reached out to some press. We had some press write-ups early on about what we’re up to. We reached out to a good number of our customers. Over the past two years, customers had always written in, “I love Nomad. Can I invest? Are you guys investing?” This and that. We emailed out to them with the opportunity. And you know what? A lot of them invested! 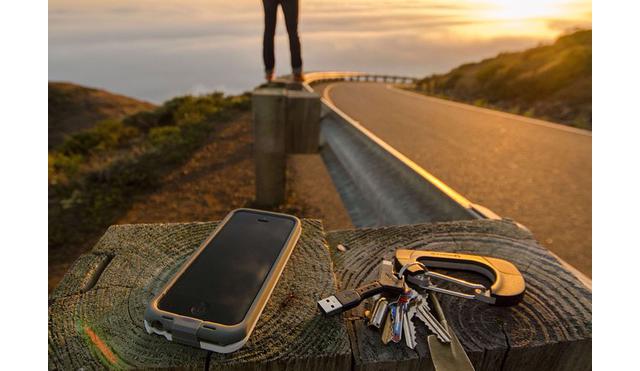 Jonathan: Did you find that raising capital online was more efficient than a traditional offline process?

Noah: I love the level of transparency of CircleUp. Being able to communicate with people both collectively as a group, but also individually, through phone calls, etc. It’s an incredible platform for communication. The traditional fundraising process is really frustrating — where you’re communicating with people and you have to send them a 20-megabyte file, 20 different times, versus, hey, all the documents are there online. E-sign the paper, and done.

I was actually talking with a couple investors who invested in Nomad and they gave me some interesting feedback. They said, “This is by far, technically speaking, the easiest time that I’ve had angel investing. Normally it’s a pain with all this paperwork, and it’s complicated and emails back and forth. Here, it was all laid out. Very clear what I had to do.” I heard one of the investors said that they’re going to push a different company they’re looking at to use CircleUp even just as the platform because it facilitates the raise. That’s really helped.

Jonathan: Your website, press, email. Were there any other channels you invseted time in?

Noah: Website, PR, email. We had a lot of crazy ideas. We weren’t going to stop. One thing I wish we would have done that we didn’t, that I’d definitely recommend, is make a video. We didn’t do that because we didn’t have the time and energy and resources. At least we thought that we didn’t.

Jonathan: Thanks for your time, Noah! Any last fundraising tips for entrepreneurs?

Noah: I think this last point that I want to make it that when you’re doing this online, you need to recreate the offline experience. What does that mean? Make a video. Have a video call. Have coffee over Skype. Let the investor get to know you. You need to get to know them. Leverage the fact that you’re doing it online and leverage that to meet with more people and more places.

As a young startup company, you can’t afford it to fly around the country, let alone the world. But you can afford to meet more potential investors using technology.

I really encourage people to take advantage of this and recreate that traditional experience online, and then you’re getting the best of both worlds. You can’t just send an email out and expect them to click and make an investment. They need to see you, your company, your products and your vision. That’s what’s going to give them the the belief that you’re capable of delivering. 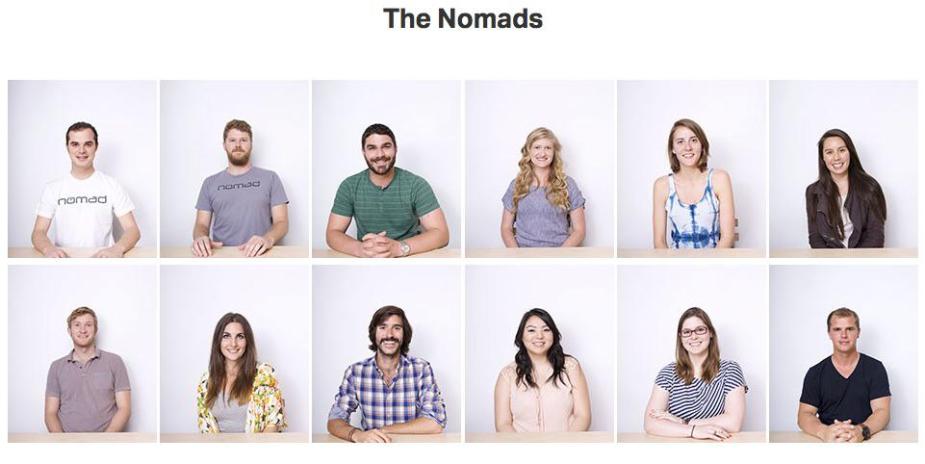 Growth Specialist @ CircleUp. Previously @ TheCrowdCafe. Passionate about helping accelerate the shift of private capital markets from offline to on, closed to open—and opaque to transparent.

How to Close Your Funding Round

Our own Steven Vigilante was on Food Startups Podcast to discuss the process of sourcing and evaluating innovative, early-stage ...
Start Reading
CircleUp December.04.2014 < 1 min read

Inside the Minds of Angel Investors