John Gigliotti was in the pet food business as a retailer long before the devastating pet food recalls of 2007; but it was those horrifying recalls that motivated him to act. He realized that while options were long in the pet food business, trust was short; pet owners yearned for a transparent and trustworthy option. A company that refused to compromise.

While pet food and treats are often stamped proudly and boldly with “Made in the USA” on the package, this doesn’t mean the ingredients are sourced in the state—rather, only that they are combined and packaged here.

The truth: pet food ingredients often come from overseas. The recalls in 2007 were caused by a toxic foam, called melamine, from China, that was sold to American pet food companies as wheat gluten. Ultimately, the melamine found its way into dozens of different brands and caused nearly 500 cases of kidney failure in family pets across North America, Europe, and South Africa. “I’d spent years building relationships with dog and cat owners who’d come to trust me to vet out products,” Gigliotti says, “And just like that none of it could be trusted.”

Gigliotti got to work developing his own product line; Whole Life Pet Products officially launched two years later. Today, the company is creating new standards for the industry. Consumers can visit their supplier page on their website, which lists every farm, grower, and orchard used in their products (right down to the sea salt) and where each supplier is located. (Hint: they’re all in the U.S.) “If you were to call ten of my top competitors and ask them where they get their chicken, you’d hear a lot of silence on the line,” Gigliotti says. “But you call us up and we’ll say, ‘We get our chicken from Tip Top Farms in Georgia. Would you like to know where we get anything else?’”

Moreover, All Whole Life treats are human grade meat, meaning it’s the same quality of meat you’d buy for yourself in a grocery store. In fact, Gigliotti regularly eats the treats himself just to be sure. They’re also certified USDA organic and freeze dried to better preserve the nutrients.

Whole Life recently closed its Seed round on CircleUp. We sat down with Gigliotti to ask what he’s doing with his new funding, his advice to new entrepreneurs, and why innovation in this market needs to be more precise than elsewhere.

What made you get into the business in the first place? 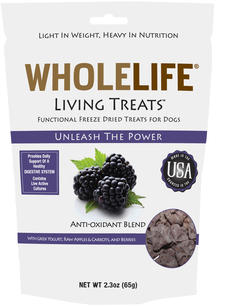 I’ve always been into healthy eating and the impact our food choices have on us. In the mid 90s I switched my dogs from a commercial diet to an all-natural diet and I was amazed at the improvement in their health. That began my a career in the pet food industry, which started around that time as a retailer of natural and organic pet products when that category was really just starting. I started Whole Life in 2009 to create the highest quality, safest, and best tasting pet treats on earth.

That is such a relief. Wasn’t there another recall just last year?

They are on-going. If you go to the FDA website and look at pet food recalls, they are never ending. They’re often from small companies who you probably have never even heard of, but they are also from some of the largest companies in the industry. But people are surprisingly forgetful. There will be a recall on a certain brand and then a couple of years later the brand is doing just fine.

You have a large product line and you’re in more than 1,800 stores today. How did you approach scaling and growth?

We followed a fairly traditional route to market, so to speak. It started with me vetting out the concept and the products with consumers, making sure that we actually had something that consumers want, which we of course do. Then we started reaching out to stores that would be a good match: small, independent retailers. Those are your higher end pet supply stores that are in every city, owned by people who share our passion. They’re pet lovers, they’re very passionate about the brands that they sell, and they’re real brand advocates which is critical in those early stages. 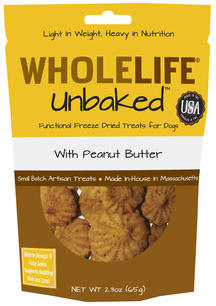 After we were established we moved to a distributor model with regional distributors that service those same stores. It’s a lot more efficient to not be shipping small orders to stores but actually to ship the larger orders to your distributors and have them ship it into the store. As we grew and our brand awareness grew, we had inquiries coming to us from larger chains. Ten, fifteen, twenty, fifty store chains. Now we’re in big stores, like Petco Unleashed. Those often will come from having a presence at large trade shows and things like that.

What brought you to CircleUp?

I actually found out about CircleUp at a trade show. Ben Lee walked up to us at a show and introduced himself. CircleUp was the perfect match for us because, being a small company and not being run by finance people that have done a lot of private equity and that type of thing. It’s a process that is pretty foreign to us. CircleUp had an efficient process ready to go. Raising money can be incredibly time consuming; traveling all over, meeting with investors. But to have a sort of a portal ready to go like that was just awesome.

What is this funding going to allow you to do?

This most recent funding was very specific. We needed to accomplish two things: we needed to support the launch of two new really innovative product lines that we had developed last year and officially launched in November. We’ve created a whole new category called Functional Freeze Dried Treats, which are things that have some functional benefit. For example, to support healthy digestion or to support healthy skin and coat. It’s a category that’s never existed in the freeze-dried space before.

The second need was to build out our team. We just hired a new VP of Sales and Marketing, Kathy Long, who is an industry veteran and an incredible team leader and team builder. Now that have Kathy, we’re accelerating growth and placing regional sales reps throughout the country. 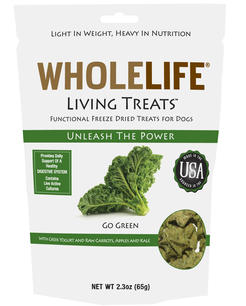 Looking back so far, what’s been the biggest challenge?

People. People, for sure. They’re also the strength. You succeed or fail by the people that you surround yourself with. I could sit in a room and come up with the greatest products that the industry has ever seen, but if I don’t have an incredible team of people to execute a plan around growing those, I’m dead in the water.

Do you have any advice for new entrepreneurs?

I would say honestly it would be tied directly to what I just said. It would be surround yourself with great people. Just surround yourself with the smartest people you possibly can, because everything that you think is going to go a certain way is going to go the completely opposite way. And success ultimately comes from having people who can adapt when things don’t go the way you plan.

What are your long-term plans? Are you going to expand into full food lines?

The short answer to that is no, but I never say never. I see competitors derail themselves all the time by attempting to do lots of different things within the treat and food space. The treat space is fiercely competitive, but actually lacking in innovation.

So, we’re staying focused on the freeze-dried treat space. Owning it. When we started Whole Life, there was really nobody else making freeze dried treats for dogs and cats. We started the space, and there’s been a lot of companies that have come into the space since then. The freeze dried treat space is really, really starting to take off. There’s a lot of awareness about the benefits of freeze-drying and why freeze-dried treats are healthier and why they’re better for your pet.

We want to be known as the company that makes the highest quality freeze-dried treats in the industry. We also want to innovate in that space, so when our competitors are focused on things we did five years ago, we’ll be constantly on the cutting edge. Innovation, I think, is the driver there. When we launch a new line, it’s a careful and completely innovative move.

I listen to podcasts for all sorts of reasons—market updates, entertainment, and relaxation. Last year, my husband sent me an ...
Start Reading
CircleUp March.01.2012 6 min read

This week I was at the Global Pet Expo in Orlando, FL, the pet industry’s largest trade show each year with seven thousand ...
Start Reading
CircleUp July.25.2017 8 min read

CircleUp25 Alumni: Where Are They Now?

CircleUp25 is now in its fifth year—with winners to be announced on August 2nd. Over this time, we’ve evolved the program, ...
Start Reading