Rooibee Red Tea recently finished a successful funding round on CircleUp, raising an impressive two million dollars in growth funding. They also landed a co-packer in the process. “He was on board immediately,” says Heather Howell, Rooibee Red’s CEO, says of their new production partner. “He told me he’s been buying Rooibee Red at Giant Eagle for years. It’s amazing, I feel like I met my match.”

Howell likens the experience to online dating. “I’ve been married forever,” she says. “But this is what I imagine being on Tinder would be like. Offers were just piling in.”

Their success story is even more impressive when you find out Rooibee Red launched from a farmer’s market in Louisville, Kentucky just half a decade ago. Though Howell wasn’t the founder — she was the second person to join the company in 2010 — she’s been with Rooibee Red since its humble beginnings.

Her journey to healthy beverages began long before Rooibee Red, when she worked at Humana, a Fortune 100 healthcare company, where she studied obesity. “I actually watched this epidemic take hold.” Howell says with a sigh. “Kentucky is the fifth most obese state in the country… Thank goodness for the other four states!”

While she has a great sense of humor, Howell is serious about disrupting nutrition — particularly when it comes to kids. “We’ve launched a children’s line, called Rooibee Roo, which is the only USDA organic, full line of bottled rooibos in the country, certainly the only one geared at kids.” 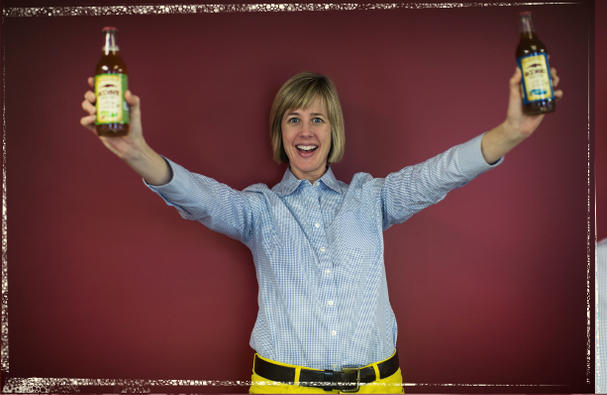 It’s hard to believe there hasn’t ever been an organic line of herbal tea marketed to younger demographics, but most beverages targeted at kids are sugary juices or soda. Rooibee Roo isn’t either of those and yet, it’s not really tea either, because rooibos isn’t from the tea plant — it’s a naturally caffeine free plant in the legume family that grows in South Africa.

Despite its genetic proximity to your favorite beans, rooibos has an unmistakably fruity, vanilla flavor. In other words: it’s a naturally sugar free drink that kids love instantly. The kids line, Rooibee Roo, has only been out for a year, but it’s already won an award from The National Parenting Publications, while the original line has won The North American Tea Championship twice (once each for the Watermelon Mint and Peach flavors).

We sat down with Howell, to talk about how she grew this company from the ground up, and what this successful funding round has meant for Rooibee Red and Rooibee Roo.

So, what brought you to CircleUp?

I met Ben Lee and a few others years ago, but it wasn’t until I asked a few friends (who’ve used CircleUp) about their experiences that I decided to try it. They said it was great, that it didn’t require a whole slew of pitches or endless travel. It wasn’t something my board was necessarily pumped up about, at first.

But it was the best thing we could have done. It gave a lot of people exposure to our brand. I think they responded to the product and the growth — we’ve grown 1124% since 2010. It’s something like 87% compounded annual growth.

I also just really like the people at CircleUp. They were great, they got our brand immediately, they were the ones reaching out to me. We’re not in Silicon Valley or out in New York, so I think in a lot of ways people don’t always expect much from us. But we’re not going to be small after this year, and that’s a beautiful thing. We’ve gotten to a point this year where we can see where we’re heading and we’ll be a multi-million dollar brand. 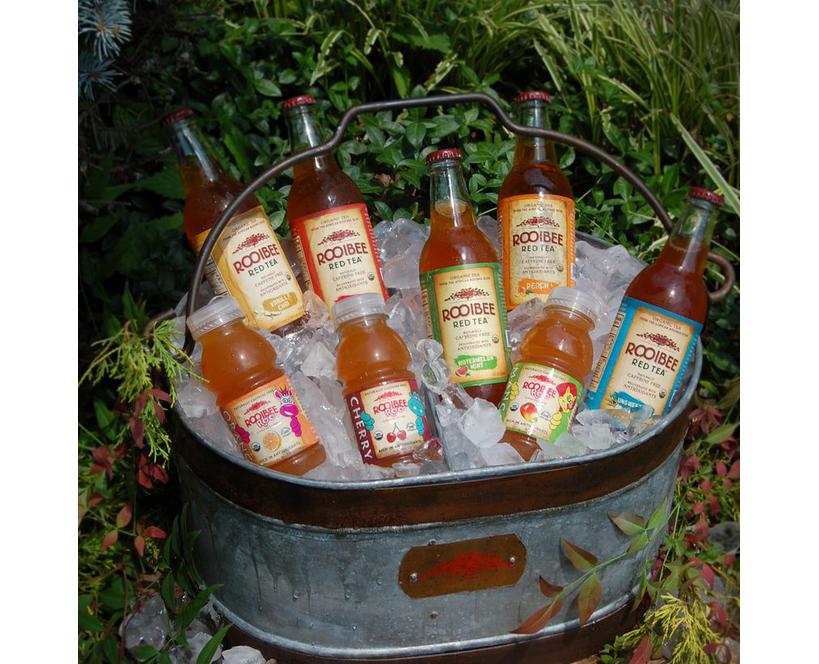 Have you tried crowdfunding before this?

Oh never. No. I’m just a girl from Kentucky, you know? We’re pretty conservative out here. But, like I said, the offers were just piling in and everyone realized this is awesome. Everyone we’ve met through this process has made a huge difference. And it’s all because of CircleUp.

We got a new label design, we’ll be able to do new innovations, create the four-pack. We’re going into huge outlets this coming year, and it’s primarily because of the kid’s line and our transition to a new type of bottle, PET (Polyethylene terephthalate). Meeting these guys through CircleUp has changed the way we do business.

What will this funding allow you to do?

We’re completely repackaging. We’ve switched out of the glass, we’re moving to PET, with a resealable cap. We’re moving to a full sleeve around the bottle, which we’ll use to tell the Rooibee story.

One of the main reasons we launched the PET bottles is our customers. Many of them are families with kids. We’re all about sustainability, but our customers come first, and they were telling us that they couldn’t bring the glass bottles to soccer games, to the pool, and they didn’t like that the bottles weren’t resealable — kids can’t always drink eight or 12 ounces at a time.

There’s also the issue of the color of the rooibos tea. The problem in America is that kids expect every flavor to have a bright color. So if it’s cherry, it has to be I’m-going-to-eat-your-head-off, screaming red. Blueberry? It’s got to be a neon, arctic blue. We don’t put any coloring, preservatives, or artificial flavorings. Nothing. The challenge is that kids see it and say: “It’s brown water. There’s stuff on the bottom.” That’s just natural sediment. There’s nothing bad in it — in fact it’s like we’re hiding that it’s healthy by wrapping the bottles completely.

And then there’s a misunderstanding about the fact that it’s called tea. It sounds so silly, but a lot of parents are like, “Tea? For kids?” They don’t understand that Rooibos isn’t caffeinated. The extra wrapping around the bottles will allow us to tell our customers more about rooibos.

Was the idea always to launch a nationwide brand?

Not really. At first I didn’t know it was going to become. I had an MBA, and I was a mother and a consumer. I knew that this was a market that was really hot, and that there was no one filling it. I felt like, if I could get the education right, if I could get the branding right, we would really have something. It was being absolutely courageous and putting myself out there — the next thing I knew we were in a few local stores and then we got Whole Foods.

That’s when I started really networking. My friend was going to a Fancy Food show for her cookie business. I literally slept in the backseat of her car, and set up Rooibee Red in a little corner of her booth. But that’s where I met Central Market. From there we got UNFI [United Natural Foods, Inc], we got KeHE. And then, suddenly, I felt like I was drinking from this huge fire hose.

Let’s talk about team building. How have you approached hiring for all this growth?

I give my team a ton of autonomy. We are not a yacht in a baby pool, that’s what we say around here. And that’s why a lot of people come to work here. You want to do labels? Never designed a label in your life? I don’t care. As long as you’ve got the skills, and you’re creative, and you understand the passion behind the brand, it’s going to be awesome. That’s the cool thing about us, we can celebrate being small and quirky and fun because we’re honest, we’re transparent, and we’re ethical. People respond to that.

Do you have any advice for new entrepreneurs?

You have to have a compelling story. And good people. I’m very careful with who I surround myself with. I’ve been very blessed to have the right people at the right time come into this brand and be able to take it to another level. You can have a phenomenal product, but if you don’t have the right people leading it, it will never take off.

What are the long-term plans for Rooibee Red and Rooibee Roo?

We’re always looking to expand, to grow the line, and to own this category — which is critical. I’d love to see us go into food service. Wendy’s is taking all the soda off their kids meals. Things like that. And of course the PET will allow us to go into vending machines and school systems. There are so many options. Maybe we come out with a loose leaf line, a green line, there are many areas to explore with this brand.

But we’re very careful too. It took us three years to launch the kids line. We did focus groups, we did taste tests, we hired consultants. Tons of insight, re-tooling. That’s the big, brash thing about Rooibee Red Tea. We didn’t create this for a big brand, you know — we created this for consumers. They told us they wanted a kid’s line, so we created one for them.

A community of resources and engagement for entrepreneurs Our Mission at CircleUp is to empower entrepreneurs with the funding ...
Start Reading
CircleUp February.10.2015 13 min read