Quinn Popcorn: How One Startup Launched and Thrived in the Country’s Largest Natural Foods Retailer

“We wanted to clean up snacks,” says Kristy Lewis, co-founder and CEO of Quinn Popcorn. Fed up with the secrecy and lack of regard for consumer health in the snack food industry, Kristy and her husband, Coulter, launched Quinn four years ago out of three Whole Foods stores in the Boston area.

The popcorn industry pulled in $941 million from ready-to-eat bags and another $851 million from microwave bags between in 2014. And though trans fats look like they’re (finally) on the way out, new health concerns have been making headlines.

Microwave popcorn bags are often lined with perfluorooctanoic acid, a synthetic chemical with a long half-life in the bloodstream that has increased the risk of tumors and developmental problems in animals and (in some cases) humans. In addition to avoiding known carcinogens, Quinn has launched Farm-to-Bag—an initiative that lists sources for each ingredient in every single batch of their product, creating a level of transparency that is unheard of in the snack food industry.

At the start Quinn faced large obstacles. They had very little cash on hand, an expensive product, unprecedented standards, and no prototype to show Whole Foods when they approached the local forager. “We didn’t have samples yet, we didn’t have anything,” says Lewis. “We had pitch cards, we had a concept.” Of course, now Quinn is a success story; a national brand with retailers all over the country. 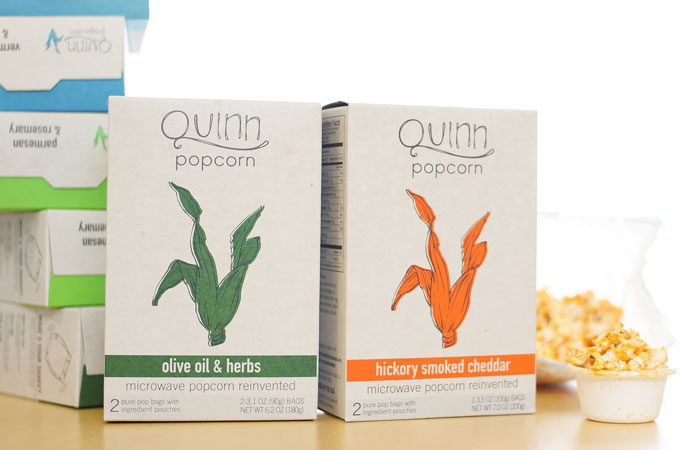 We asked Lewis to take us back to the beginning and explain the process of getting into Whole Foods, what you have to do to succeed once you’re in, and why Quinn is intentionally foregoing profitability for now.

How did you get into Whole Foods?

We approached them. When we were designing the microwave box we went to the local forager and set up meetings with the top three stores within our region around Boston. It took us a year of development from concept to tangible product.

Did you have any challenges getting a co-packer to supply those three stores?

In the beginning we did, for sure. Their minimum run quantities were about five times the amount of product we could produce.

How’d you get that first store to take you on?

Just calling. I don’t think I got off the phone for the first year. You call one co-packer and they say no. You ask them who they’d suggest and they give you five names. You call all of them and they all say no, and you just keep calling until someone finally says yes. 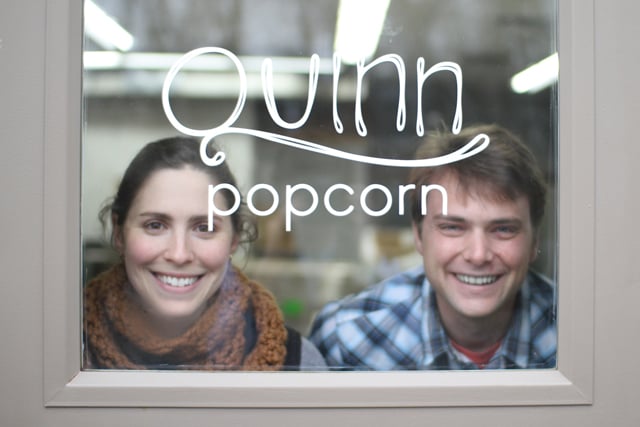 And how many Whole Foods locations was Quinn in at launch?

What was your growth plan — how did you expand to new stores?

The goal is to build your numbers up in one or two stores before you approach buyers from other locations. If you are doing well in one of the stores and you think there’s opportunity in another store, then you can present the data to the buyers. But you have to be strategic about it.

Once you’re in a couple Whole Foods regions do you still have to call individual stores?

No. Once you get to a certain point, you can pitch during a category review to a whole region.

Did you demo or do any other promotions?

Yeah. We were demoing every single weekend for about a year. We were concentrating on the North Atlantic region, which is 28 or 30 stores.

What other promotional tools did Whole Foods give you?

That was pretty much it. We didn’t have the money to discount our product at the time. So we just demoed. We demoed as much as we could, and then we asked to get off-shelf placements in some of the regions. That led to more visibility.

How helpful was Whole Foods in terms of providing visibility into the portal data? Really helpful. You can sign up as soon as you start selling, and all of the data is right there. You need to analyze it yourself — they don’t really pull it for you in a nice, little package — but it’s really helpful. We have data insights into all of the regions, all of the stores. And that’s rare for the industry, not a lot of retailers provide that.

Did they tell you what they expected from Quinn in terms of velocity?

They were really up-front about it. I can’t release any specifics about that because it’s confidential, but they outlined exactly what we needed to move out per sku, per store. So we knew what target we were aiming for.

How did Whole Foods change things for the brand?

It was huge. Once you’re in Whole Foods it’s easier to get your distribution up and running. If I went to UNFI and I didn’t have Whole Foods, they wouldn’t even look at me. They would say, “You don’t have any customers.” It was helpful in other ways too, getting the brand out there, getting other buyers from other stores. Other stores will patrol Whole Foods to see what they’re bringing in.

Do you have any advice for those looking to get into Whole Foods?

Start concentrating on one region and build up that region, even if it’s just one store. It takes awhile, you have to build a relationship with the buyer. Patience and persistence is what I would say. 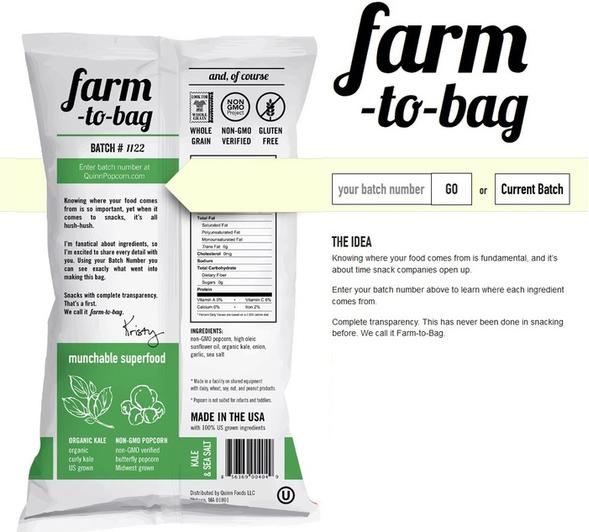 What’s the most common misconception new companies have about getting into Whole Foods?

I think people underestimate the amount of work that you need to put in to support that account. I think it’s also critical to start in one region and then build up that region with demos, especially if you’re just starting out. It’s a complex store to get into. Focus on your local region, your local store.

Is it difficult to make money in the snack foods industry?

Yep. We’re not profitable. And that’s a conscious choice.

What influenced your decision to focus more aggressively on growth?

Any fast-growing food company at this stage is not profitable. We could be profitable if we wanted to, but our strategy is to grow in the marketplace and make sure that Quinn is available to everyone at a reasonable price. If we decided to be profitable we wouldn’t sell nearly as much and we’d have to raise prices.

Taking a step back and looking at your capitalization — how did you initially finance Quinn?

Then you launched a Kickstarter campaign, correct?

Yep in 2011. We put our goal at $10,000 and we raised $28,000, which was exceptional for a food brand. We were way over our set goal. We had about 750 backers. It was kind of the perfect time because while we were raising, Kickstarter was written up in the New York Times and Reuters. Plus the folks at Kickstarter really liked Quinn, so they featured us on the front page.

And two years later you raised your first round of growth capital with us. Versus traditional sources of capital, why CircleUp?

Yeah. We had wanted to use you for a while. We noticed you’ve had great companies who have raised successfully on the platform, and we met them, so we finally decided to give it a shot. CircleUp has been so supportive, even outside of fundraising. You’ve been really helpful with outside PR, and introducing us to other people in the industry. I think that’s important to note—and something you do really well.

How Barnana Upcycled the Humble Banana to Create a Superfood

Announcing Our Investment in Partake Foods: Here’s Why We Invested in an Allergy Friendly Cookie Company