The concept for the 20-minute neighborhood is simple: you should have just about everything you need within a twenty minute walk or bike ride. And though this idea has recently spread to other cities, states, and even countries, Oregon’s largest city is serious about it. By 2030 Portland wants to turn 90% of the city into 20-minute neighborhoods. It’s a great goal, but for a city like Portland —experiencing rapid growth — there are some formidable obstacles to maneuver. Lisa Sedlar says she has one piece of the puzzle: the healthy convenience store.

In the convenience store market, which is dominated by massive chains that serve almost entirely salt-and-sugar-saturated packaged goods, Green Zebra Grocery is a welcome change for North Portland. “We see our customers so frequently that we’re part of their daily life,” Sedlar says. “They use us like a pantry.” Regulars frequently stop by for their morning espresso or coffee (Green Zebra serves Stumptown), come back for a sandwich at lunch, and then often shop for dinner ingredients after work.

The store has been so successful Green Zebra is adding a Southeast store this year with several more locations soon to follow. Sedlar’s extensive experience in food and retail, including seven years as CEO of New Seasons Market — a popular local supermarket chain that emphasizes natural and organic food — has clearly created a strong footing for Green Zebra.

We talked to Sedlar about her inspirations for Green Zebra, how they’re preparing to scale as they expand, and why she calls the first year of any startup a “bloodbath.”

What kind of changes are you seeing in the way people shop for food?

What we’re seeing at Green Zebra is that people are shopping by the meal, the average is around four items per basket. When I was a little kid and we would load up in the station wagon with my mom, drive out to the supermarket, and come back with literally10 bags of groceries that would last a week. The way people shop at Green Zebra is they come in several times a week, or even a few times a day.

Just to be clear I was the second CEO. The founding CEO hired me as the company president in 2005. At that time, there were probably close to 900 employees with revenues around $100 million. I helped grow the company to revenues of $300 million and about 2,400 staff members.

What inspired you to make the leap to launch your own stores?

I’ve had this idea kicking around for years. I used to live in Boulder, near the university. And every day I saw students coming out of the mini-market across the street with Slurpees and candy. I always thought: wouldn’t it be great if they could get a big salad or an organic apple?

Starting at the beginning. How’d you get Green Zebra off the ground—from concept to breaking ground and building a team?

I’ve been in the food business for 25 years, and I figured I pretty much knew most of what I needed to know to open a grocery store. I was even maybe a little bit cavalier about it. But I’d always worked in established businesses and pretty soon I realized that there are just so many pieces to the puzzle that in a startup business you have to create from scratch and you can’t take anything for granted.

The first year of any business is a bloodbath, and any entrepreneur who tells you otherwise — I don’t think they’re telling the truth. You have to create every process from scratch.

It took us a little bit longer to become cash-flow positive than I thought it would. But we did it, and it’s all because we found the right people. Many of our team members have 20 to 30 years of experience. We’re able to do all of this because of them.

Green Zebra is a tomato variety that grows particularly well in the Northwest — which is what we plan to do!

What made you choose Lombard for your first location?

It’s a great mix of neighbors: professionals, young families with little kids, and established long term residents who have been here since the forties and sixties. There’s also a growing student population, since we’re pretty close to the University of Portland. It was important to us to start our business in an economically diverse neighborhood — we’re here for everyone. We provide a 10% discount for anyone on SNAP (Supplemental Nutrition Assistance Program, the program formerly known as food stamps). We know that natural and organic foods cost a little bit more, so we want to make them accessible by offering a daily discount. 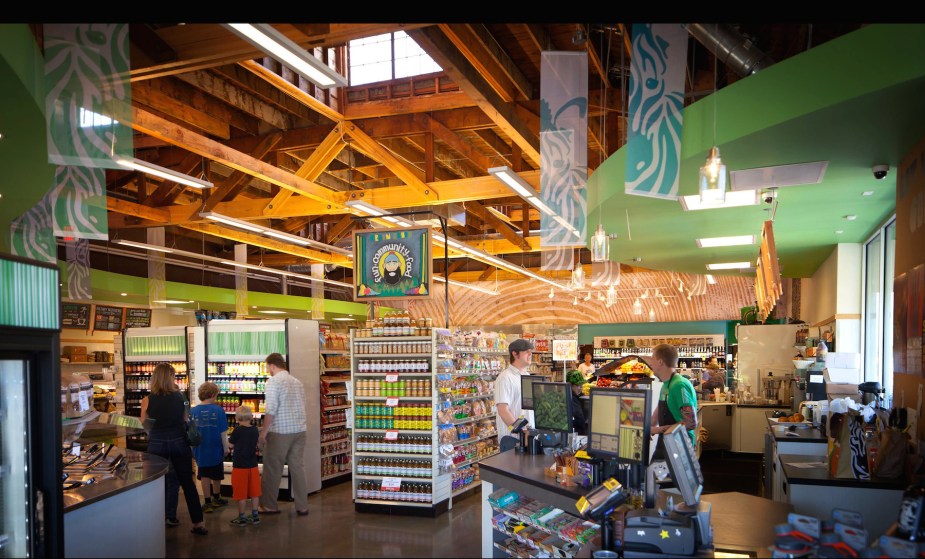 And you have some prepared foods as well?

Your selection of healthy foods is very limited in a convenient store. We cook everything from scratch from our kitchen right there on site. We have a hot food bar, which is actually our number one seller. Our number two best seller is the salad bar. People are really voting with their dollars for healthy convenience.

Before coming to CircleUp, how’d you fund the business?

I kicked off the round with an investment of $100,000 of my own and then raised money through people I knew. Then we did a pitch for the Oregon Angel Fund Group which is Oregon’s largest Angel Fund Network. They invested $885,000 in our first round. Oregon Angel Fund did not invest through CircleUp platform—we then used CircleUp to close our Series A-2 round.

Wow, that’s a lot of confidence.

Yeah, it was great and it made it a lot easier to raise the rest of the round and close it on CircleUp, so we used CircleUp to close our first round and that was $3.5 million.

How’d you put to use the capital you raised in your first round?

Store operations, marketing, and key hires — like our business development director. This round is $1.25 million and just today we secured the final investment to close the round, which feels really great. Though we may extend the round because there’s still a lot of interest from investors.

Congrats! How do you plan to invest the capital from this round?

We have a lease on the second store (it’s not under construction yet) and we have a couple of deals in the pipeline right now, but I can’t say exactly where they are yet until we sign the lease. We’re focusing on walking and biking neighborhoods. We realized that about a third of our eaters get to our store by some way other than a car. That’s the convenience part of it — we’re right in your neighborhood, just a few minutes away from your house.

Now that we have a solid track record we can efficiently open new stores. When you’re a startup, you don’t have a track record of financial success, and it often just looks too risky to investors. Now that we have positive cash flow on our first store, we’re able to partner with developers, which keeps costs lower. We’ve reduced our out-of-pocket costs to less than half a million to open a new store. We will open two or three new stores with this round of capital and will also have a little bit of operating capital to have an extra cushion of operating capital. 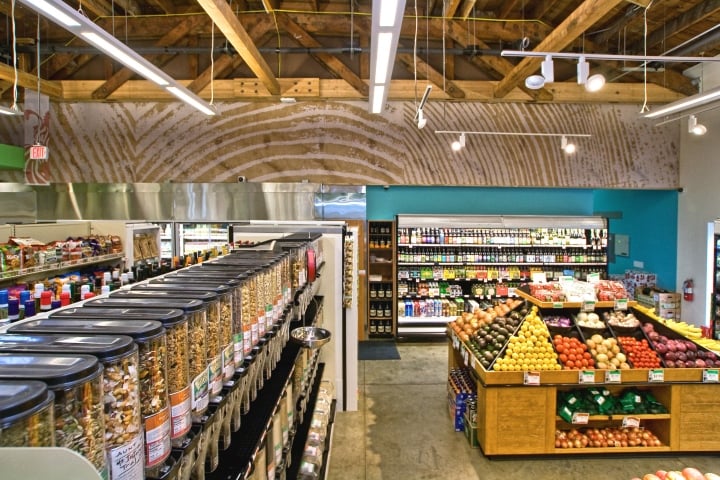 What’s the competitive landscape look like? Is there anybody else doing this in Portland, or elsewhere?

Not really. 7-Eleven and Walgreens have been adding more fresh foods, but even if they added a whole, organic produce section they’re going to miss part of the point of a store like Green Zebra; We’ve partnered with over 30 local community organizations, we’re a part of our community. We spend time with our customers out in their neighborhood because it’s our neighborhood too. We see each other at the farmers market, at a school cleanup, at the neighborhood association meeting. That goes a long way. The big guys don’t want to do this.

What advice would you give to first-time entrepreneurs on achieving substantial growth?

Create a map of where you want to go, starting with the end in mind and work your way backward. Try to raise enough money so that you can fund your failures along the way. There are going to be failures and you have to learn that failure is your friend. It’s instructive.

What’s the most painful lesson you’ve learned as an entrepreneur?

When you’re doing something innovative, and things get tough some people will inevitably lose faith in your vision. You have to learn trust your gut, because you won’t you have tons of data to back you up, you just have to be super courageous and trust your vision when others start to question it

A Boom of Innovation in Personal Care, as Seen at Cosmoprof 2016

In Pursuit of Retail Hyper-Growth: Protein for Pets’ Ambitious Plan to Build the Trader Joe’s of Pet Food

Stroll the aisles of the nearest pet food store and, regardless of whether it’s an independent, neighborhood joint or a massive ...
Start Reading
CircleUp July.17.2018 13 min read

The Grace Hopper Celebration is an annual 3-day event celebrating women in technology. It is a really big deal – the world’s ...
Start Reading