Brand Evolution: How to Be the One That Lasts

But look closely and great brands are the ones in near-constant flux. To be iconic you first need to be innovative. Coca-Cola’s trademark red and white may have stuck since 1886, but the brand itself has changed decisively. Coca-Cola has introduced new characters via ad campaigns, like the Coca-Cola polar bear. They’ve traveled to places like Vietnam to start recycling initiatives. The original glass bottle has gone through dozens of redesigns. 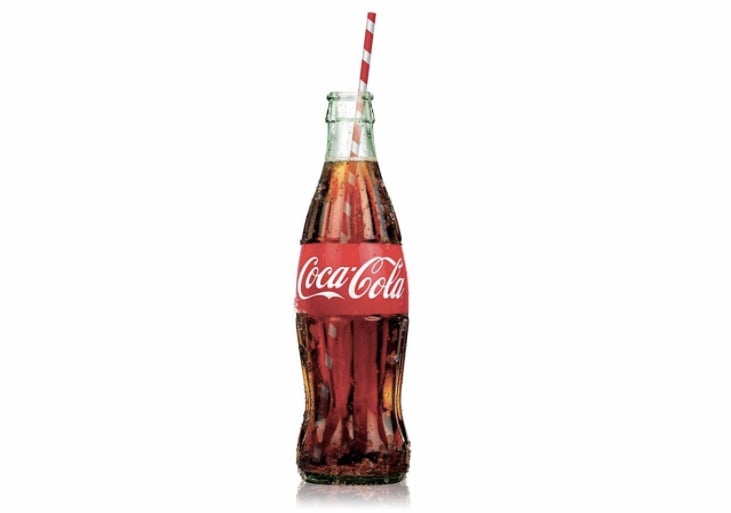 The Coca-Cola bottle is an icon, but has gone through many redesigns. Image source: Coca-Cola

The definition of a “brand” has expanded since Coca-Cola began. Now it’s even more important to build an identity that shape-shifts.

“The set of expectations, memories, stories and relationships that, taken together, account for a consumer’s decision to choose one product or service over another.”

This is how Seth Godin (“marketing legend”) describes a brand. Take this definition as truth and the prospect of actually designing a brand with purpose seems like a fool’s errand. Stories and memories and expectations are so messy. How can we control that mess? How can we cultivate a brand that’s iconic but always in flux?

Here’s how 10 innovative brands (big and small) have evolved without losing their originality, and how you can follow their lead (in your own inimitable way of course): 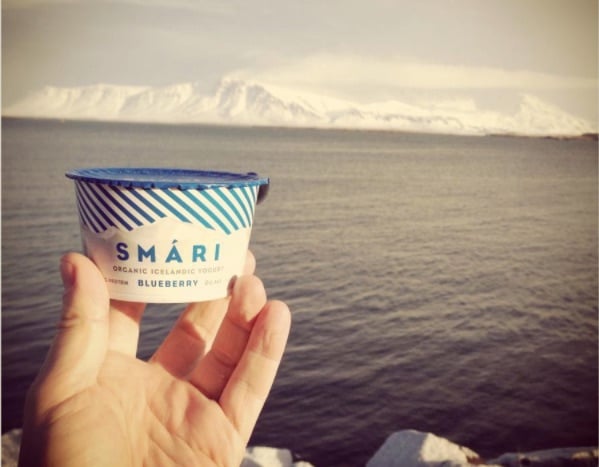 Smári keeps its branding simple, with hints of Icelandic, to appeal to a wide audience.

People are loving Smári yoghurt (including Whole Foods) because of its purity. It takes an Icelandic classic — skyr — that generations of Icelanders used to eat as kids, and reinvents it for a contemporary, global audience.

Coming from founder and dad Smári Ásmundsson, Smári the brand was literally built from an individual personality. As Smári grew, they needed to keep the traditional, natural and national elements in place, while appealing to people who have no experience with “skyr.”

The key for Smári was knowing when and where to compromise.

By adapting to the needs of the market, while fixing core elements, Smári’s brand distinguishes itself as it grows.

2. Paul Smith – Evolve everything but the signature 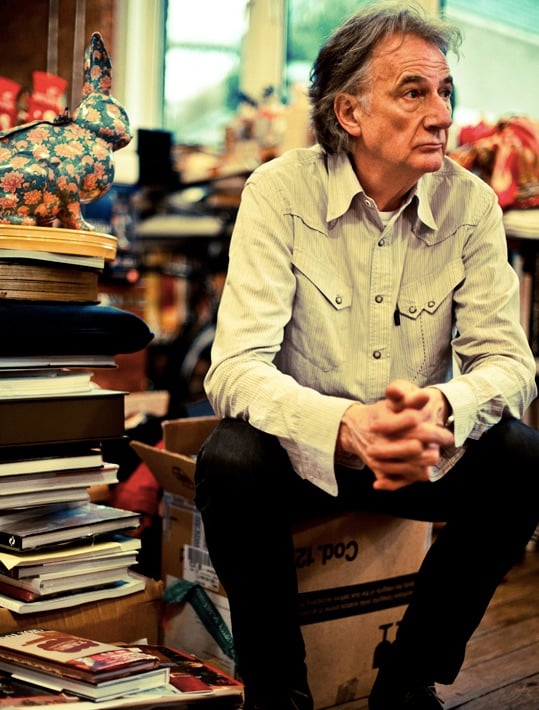 A single man can build a giant brand by keeping the signature constant while taking risks. Image source: Paul Smith

Paul Smith is the prime example of keeping a brand small while growing. From the name to the logo to each design and decision, it all comes from a single man. Paul Smith signs off (literally) on everything.

How does this individual-led branding work on a large scale? While Paul Smith himself is still chairman and designer, his taste has several key identifiers that drive the brand’s aesthetic and its business decisions. This is how he can entrust and empower his team.

If your signature is strong, you can change your brand on a whim and your audience will still recognize it a mile off.

Chobani is now a household name for yogurt but founder Hamdi Ulukaya has always pushed beyond the dairy shelf. He has focused on creating a category, rather than just a product.

Chobani’s brand message has been a vehicle for its evolution. “Better food for more people” isn’t just about yogurt, it pushes Chobani into unknown territories, from political arenas to Target department stores.

By making the Chobani brand about more than just yogurt, its founder is building a longer and longer legacy for the brand. 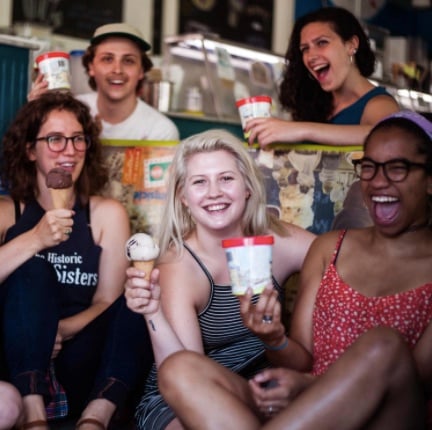 Ice cream is a growing market. With consumers starting to favor artisanal vendors and adventurous flavors, new ice cream brands face opportunity but also hefty competition. The challenge is to use branding to differentiate offerings.

Ample Hills has grown and differentiated its brand by focusing on place and community. When people visit an Ample Hill store in their neighborhood, they find a unique offering. The creamery isn’t just a product, it’s a place where people can hang out.

Ample Hills has achieved this place-based branding in several ways:

Grow by incorporating what’s going on around you and you’ll build a community of brand-followers who love you for more reasons than one.

Innocent Drinks grew in the UK with great branding — its identity was “innocence,” but this word had many meanings, from healthy, friendly ingredients, to green initiatives, to community building projects and charitable work. The brand was very much “what we do” rather than “what we look like.”

Innocent then partnered with Coca-Cola, selling its larger share. This was a move that many doubted, Coca-Cola being such a huge, multinational player, surely at odds with the “Innocent” brand. But since the partnership, Innocent has carried on doing what they do.

Keep doing the small stuff with your brand that your followers love, while using funding and mentorship to grow your audience.

Bhakti Chai has defined its brand with its story. Using colors, design elements, and ingredients based on traditional Indian culture, Bhakti has made its products instantly recognizable.

But as the brand grows it needs to show that it’s more than just a flavor or a color. That’s why Bhakti Chai is partnering with (carefully-selected) other brands, to expand its relevance.

By making friends with other brands, you’ll avoid getting stuck in a brand box. You’ll expand your reach while sharing your unique story.

7. TOMS – Do things with your brand 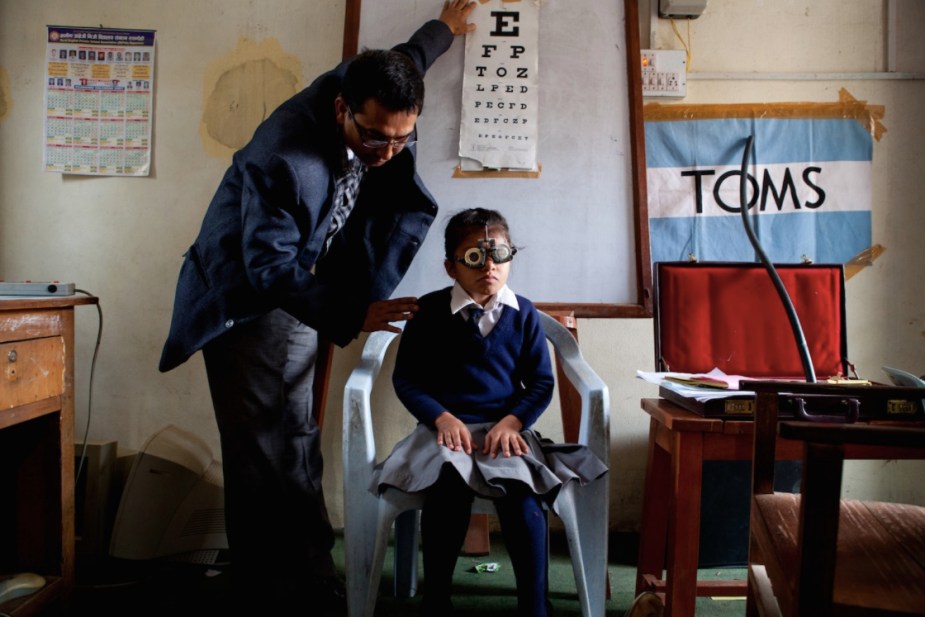 TOMS takes its flag wherever it goes to show that its brand is more than just shoes. Image source: TOMS

The TOMs logo (an Argentinian flag with the name TOMS stitched across the middle) is well recognized but it really has nothing to do with shoes. This could seem like a strange choice for a fashion brand but it works for TOMS.

By going out into the world and performing projects related to the TOMS brand mission, TOMS shows, rather than tells, what it’s all about.

You don’t have to journey to South America to build a “doing” brand. Start raising your brand flag as you engage with your own community. 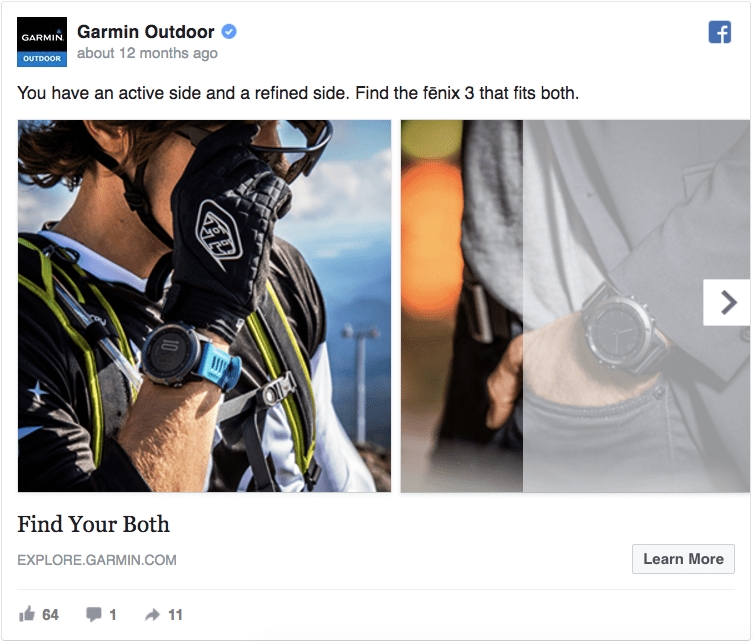 Garmin is an outdoor fitness and fashion brand that aims to have a double-sided identity for consumers. On one side is a “refined” personality, apparel for going out in a social and work setting. The other side is all about the outdoors. Fitness wear, extreme sport accessories, functional gear.

Garmin uses clever branding strategies to unite these two sides of its identity in the eyes of consumers.

Branding isn’t just an art, it’s a science too. Test aspects of your brand on your intended audience and gather data that helps you evolve intelligently. 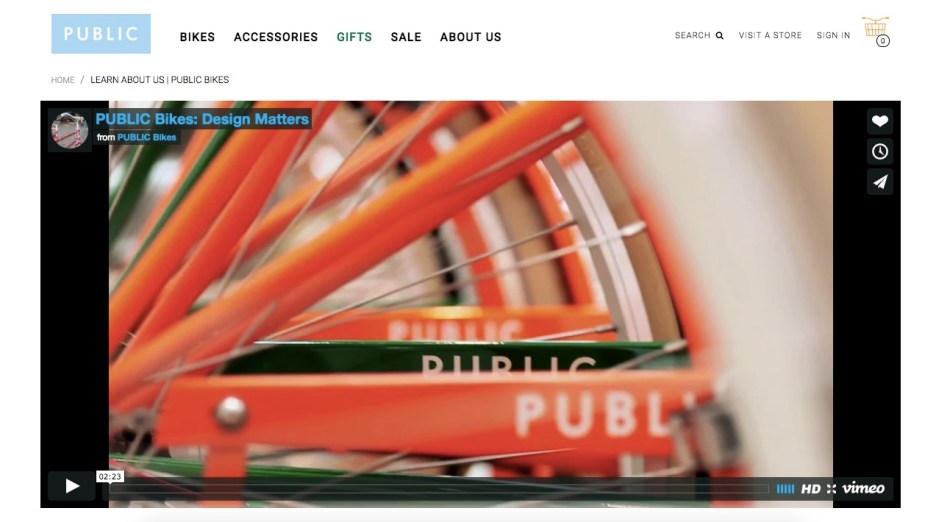 Public is a growing brand, adding more and more products to its inventory. From bikes to accessories to clothing, it’s not just the name that ties this growth together. As Public gently pivots into new areas, it uses design elements to lead the way.

Design is everything for Public. It’s the way a rider moves with the bike. It’s the way an accessory stands out in a crowd. Founder Rob Forbes leads Public in a design-forward way, so that every stage of the brand’s evolution looks natural.

A brand is the sum of many parts. Design each part with the same mindset and a cohesive brand will follow.

Founded in 1910, Black & Decker has grown its brand for over a century and become a household name for hardware. The brand has always used a nut-shaped logo in black and orange, but as they grow and as their market changes drastically — from a brick and mortar world to an online one — Black & Decker’s brand is paring back its design.

Various iterations have simplified and modernized the logo and text, and now B&D has revealed its newest iteration. The historic logo is gone and the old-fashioned ampersand has become a stylish plus sign. This redesign works for Black & Decker for several reasons:

By retaining its most recognizable elements, Black & Decker is able to change significantly and still retain its iconography.

It’s Survival of the Bravest

Animals that adapt successfully don’t just passively react to their changing environments. They actively select for the qualities that will thrive. Practice bold evolution to build up your brand from a set of elements — aesthetics, ethics, and principles — and then make choices that push those elements in new directions. Whether you’ll start a cafe, go on a medical mission, or add your stamp to a totally different product, focus on the experience you’re creating and your brand will follow.

Great brands aren’t scared of changing. They move boldly into new eras and new markets without looking back.