*This is the first of two posts about our recent webinar with ZICO founder Mark Rampolla.

Mark Rampolla achieved what many founders only dream of: he built a beverage company that sparked Coca Cola’s interest.

Now an investor in consumer packaged goods (CPGs) himself—both through CircleUp’s platform and his fund Powerplant Ventures—Mark sees a lot of companies trying to replicate his success. But a lot of them miss the fundamentals that investors are really looking for when investing in CPGs. 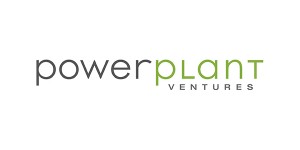 Mark’s entrepreneurial journey began on the beaches of Costa Rica, where he fell in love with coconut water. He went on to found ZICO, which came to define the coconut water category. Five years into growing ZICO, Coke took a minority stake in the company, and acquired the outstanding stake in 2013. 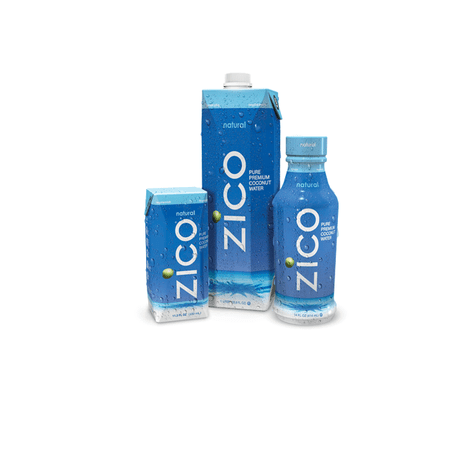 Coke wasn’t interested in ZICO because of Mark’s networking abilities, or impressed by his distribution efforts. ZICO and Coke’s relationship was built on something much more fundamental. As Mark put it in a recent webinar CircleUp held,

“The reality is that the only way I got the attention of Coke is doing the good work that needed to be done to build a brand.”

Here’s what he says CPG founders need to do to build a brand worth investing in.

The first thing Mark looks for as an investor in CPGs isn’t metrics. It’s whether they’ve built a “product with meaning.” Strong annual revenue and a great product are hugely important, but if it doesn’t have meaning—to the founder or to the intended audience—it’s bound to fail.

As Mark told us, he always asks entrepreneurs why they’ve chosen *this *path instead of anything else they could have done with their lives. Their answer to that question determines whether he’s interested in investing. “If it doesn’t have that depth of meaning,” Mark says, “you’re going to have a hard time being successful.”

Here’s how Mark evaluates the two components of whether a product is meaningful, and why they’re so important from an investor’s perspective.

1. Why is this meaningful to you?

Investors aren’t just investing in the company, they’re investing in the founder. Successful CPGs with brands that matter have no problem answering these kinds of questions when talking to investors because they genuinely believe in their products.

For example, when you talk to Juicero founder Doug Evans, he’ll tell you, “Juice runs in my veins.” He was so committed to the idea of fresh-pressed juice that he dedicated his life to it. The resulting product is now, according to Mark, “probably the best fresh-pressed juice I’ve ever tasted in my life.”

Doug’s attitude is contagious. When people meet an entrepreneur like this, they say, “My God, I want to be a part of this.” With passion like that, it’s hard to see a company falling through, and it makes writing a check much easier from an investor’s perspective.

Juicero’s fundraising numbers speak for themselves. They’ve raised $120 million to date, from top investors like Campbell’s Soup and Google Ventures.

2. Why is this meaningful to the world?

Once investors understand why the company is important to the *founder*, they need to know why it’s important to *the world*. Founders need to establish, early on, what kind of category the product falls into, and think critically about who is buying this product.

It’s something Mark looked for in REBBL, another beverage company, which he invested in during a round that also included CircleUp funding. What’s interesting about REBBL (from the product side) is that they recognized the sheer mass of the dairy industry, and proved it to potential investors with qualitative and quantitative data.

Investors like Mark are always looking for something that’s going to sell. But especially in a saturated market, they’re looking for products that can be a predominant player in a big category. REBBL was exactly that kind of opportunity for Mark.

They showed investors just how many people are looking for dairy alternatives to establish the size of the category. But they also brought to the table something totally new: a huge base of knowledge about herbs from India, Southeast Asia, and Latin America that aren’t well-known in the U.S. yet. The combination of a huge category and something totally novel (and delicious) proved to investors that REBBL is meaningful not just to the founders, but to the world.

Coming up with a great idea with meaning, and working the supply chain you need to create a product is one thing. Distributing it is another.

“Ideas are a dime a dozen,” Mark says. “It’s all about execution.” And in the CPG world, execution is primarily about distribution. Mark’s tactics for early stage founders are all about nailing distribution to show investors that your product is viable.

Mark says that he hears way too many companies get overexcited when they’re doing $500,000 or a million in revenue, but their distribution is still a mess. As he said in our webinar,

Distribute an Inch Wide and a Mile Deep

One prime example of that is a company called Vega, which sells bars and plant-based protein powder. They were at $100 million in revenue when they sold to WhiteWave, and received a valuation of $550 million.

They had built an incredible level of velocity online, in natural foods and limited distribution. What happened? WhiteWave put them in Costco, and they did $20 or 30 million the first year. That proved to everyone that the brand really had built to scale.

As Mark says, “I can’t emphasize enough the importance of staying focused, building momentum and building your story, and how much investors love to hear that.” Going an inch wide and a mile deep shows investors a lot.

Especially when they’re first starting out, Mark instructs CPG founders to run a company as if you don’t have investors and don’t expect to get investors. As Mark said at the Natural Foods Expo West show,

“You have to run the business like you’re going to run it forever. I ran ZICO assuming that Coke might never buy it. I was very disciplined. I wanted to be able to say, ‘Hey guys, if it’s not working out for you, I’ve got this.’”

Fundraising is one of the most crucial elements of running a CPG. But the founders Mark loves working with the most are the ones who have “nailed it on the brand and product side, they understand the distribution market and how they’re going to scale, and then they’re out raising money.”

You will constantly be fundraising. But you absolutely have to start out with strong foundations if you want to attract big investors.

Market Size of Consumer Private Investing- How Big Could This Possibly Be?

In 2012, when CircleUp’s founders were raising a seed round, many VCs scoffed at the idea of a consumer-focused (food, ...
Start Reading
CircleUp February.18.2015 < 1 min read

What ZICO’s Founder Looks for When Investing in Consumer Companies